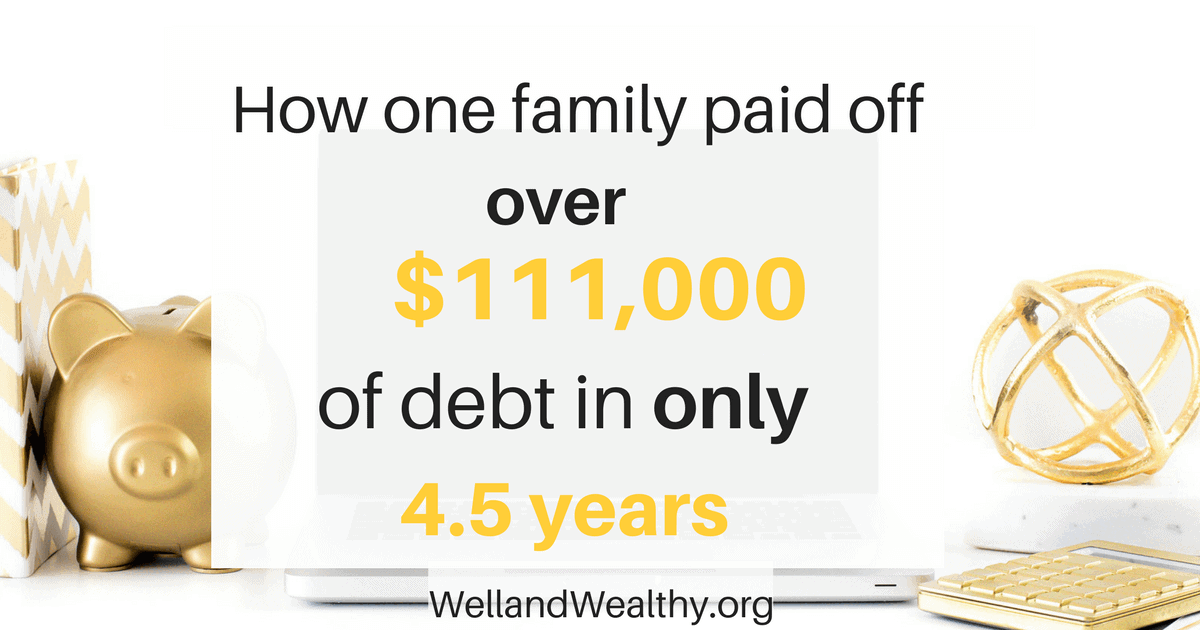 This week on Well and Wealthy I have something a little different for you all to enjoy.

I interviewed Allison from Inspired Budget about her incredible debt payoff story. Her and her husband paid off $111,000 in just 4.5 years on teacher’s salaries!

Yep you read that right, $111,000 gone! They are now debt free and loving life, proving that you can pay off that debt that’s hanging over your head even if you’re not earning millions!

I know you can’t wait to find out more so lets get started.

Hi Allison, thanks so much for agreeing to chat I just know my readers are going to be so inspired by your story!

Could you tell us a little bit about yourself and why you started blogging. 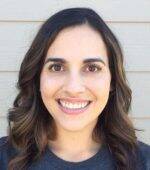 Hi Sammy! I’m a wife, mom, teacher, and budgeter. My husband and I are both teachers in Texas and we spent our first 5 years of marriage living below our means to pay off debt.

Throughout this time I became very passionate about reaching financial freedom. I would talk about budgeting and saving money with anyone who would listen.

After successfully paying off our debt, the teacher in me wanted to help others as well. I decided to start my blog, Inspired Budget to help motivate others that are on their journey to financial peace. This blog has been a way for me to share my passion and has been a wonderful outlet for me. I no longer bother my husband by constantly discussing all things money!

We both were “normal” and borrowed money so that we could attend college and live a nice life along the way. I even paid for a 25-day trip to Europe with my student loan money! I don’t think that’s what the bank intended the loaned money be used for!

What was the main reason you decided to get your finances under control and start paying off that debt?

Well, soon after my husband and I got married we found out that we were unexpectedly expecting our first child. After I let the wave of nausea pass, we sat down to develop a plan.

The day we totaled up all our debt, I thought I would faint.

I couldn’t believe that to the outside world we were seen as a successful newly married couple. I felt as if we were hiding a $111,000 secret in a deep dark closet.

Instead, we want them to know that money is just a tool that should be spent wisely and given to those in need.

Ultimately, our first child was our kick in the butt to grow up, act like adults, and change our habits for the better!

Were there any particular steps or advice you took to gain control of your finances?

When we first started the process of paying off debt, we both read Total Money Makeover by Dave Ramsey. The book laid out simple steps for us to follow. We did not follow his baby steps perfectly, but they laid a foundation for a plan that worked for us.

Our first step was to set up an emergency fund. We knew that we would be in the trenches of paying off debt for more than 4 years, so we kept our emergency fund between $2,000 – $3,000.

After our emergency fund was set up, we started budgeting each month and throwing any extra money at our lowest debt payment. We continued on this debt snowball until we were left with the last student loan debt which totaled in at $45,000 by that point.

Each month we budgeted and each year we fell off the wagon a time or two.

There were times when my husband had to talk me out of giving up and buying an entire new wardrobe. He would talk sense into me and make me listen to a podcast about being free from debt. Likewise, there were days that he felt like he just wanted to stop being so disciplined and keep our hard-earned money. Each time we supported each other and pulled each other back up. Little by little we chipped away at what felt like a mountain until we reached the end and kissed that last student loan goodbye!

Did you have any major setbacks during those 4.5 years of debt repayment?

Oh the setbacks! Some of them were blessings, but some still haunt me!

First, having two children proved to be expensive (we don’t have very good health insurance). Each time we became pregnant, we stopped paying extra to debt and instead put everything in savings so that we could pay for the cost of having a baby. Our children were blessings, but were not cheap by any means!

Then there were surgeries. My second child had to have two separate surgeries before he was 2 years old. They were both unexpected and depleted our emergency fund each time. The good news is that he is healthy and that we had just enough money in savings to cover both surgeries.

With 8 months left in our debt free journey, my husband’s car stopped working. We were faced with the decision to rebuild his transmission or replace his car entirely. His car wasn’t worth what it cost to replace the transmission, but we ultimately decided that the thought of going into more debt for a car would just make us sick. So, we pulled $3,000 out of savings to save a car worth $2,500. We hope that a new transmission will give us enough time to save up and pay for a car with cash in a few years! 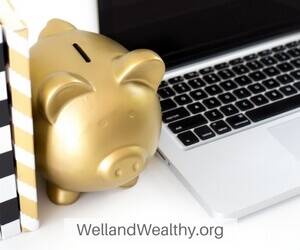 What is your biggest money saving tip?

I know it is so cliché, but I would say making a new budget every single month can save you hundreds!

If you don’t develop a specific plan for where your money will go, then you are more likely to spend frivolously and miss out on opportunities to save!

After our family was on a budget consistently, I went back and reviewed our finances. We were spending hundreds of dollars more on restaurants and clothing than we needed to! It was almost like we were given a raise when we went on a budget!

I would also suggest using the cash envelope system within your budget. It can seem odd at first and takes some getting used to, but it’s so much easier to stay on track financially if you withdraw money for certain expenses. We withdraw money each month for groceries and restaurants. Any time I go to the grocery store, I take that envelope and only spend the money inside. It helps me space out my money better and I’m more aware of my spending habits.

If you had to complete your debt payoff journey all over again, is there anything you would do differently?

I don’t think that I would change any of our financial decisions. We didn’t have big moments where we spent large sums of money that we couldn’t afford.

I honestly just think that I would go back and tell myself that this time of sacrifice will not be forever.

In the beginning of our journey I was jealous and upset that we were not able to take the same vacations and live the same life that our friends had. I felt like we would be trying to pay off debt forever and that there wasn’t an end in sight.

I would tell her to not compare her life to anyone else because we all have our battles that we face.

Do you have any advice for someone who is in debt and wants to get control of his or her finances?

Start with being honest about your finances and face your debt. Don’t pretend that it isn’t there or that the monster is not as big as it really is.

Sit down and add up all your debts. Get on a budget and take any extra money that you have and put it towards your smallest debt. Cut out the unnecessary expenses or limit them significantly.

Most importantly, realize that this is a season. You won’t be attacking this debt forever. One day you will conquer it and your financial situation will look differently.

If you face it today then you are one step closer to financial peace. 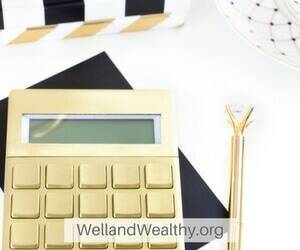 Also, you have a shop on etsy right? Tell us about what you sell…

Yes! You can find my shop at Inspired Budget Etsy Shop.

I currently sell printables that you can download to help you stay on track financially. I sell individual budgeting spreadsheets, financial goals sheet, account ledgers, and much more!

I also have a bundle that will completely set you up for a budget binder.

My hope is that these tools will help you stay organized and set you up for success.

Do you think etsy is a good side hustle?

Is it relatively easy to make money or is there too much competition nowadays?

I definitely think that it can be a good side hustle if you find the right niche and have a great product.

There are some extremely talented people on Etsy these days and as a buyer your choices are practically unlimited. If you put yourself out there, engage with others on social media, and promote your store, then you can make some good money.

Shameless plug time: tell everyone about your blog and why they should be following you!

My blog, Inspired Budget focuses on equipping you with the tools, tips, and motivation to succeed financially. Some of my posts are about becoming debt free, how to make a budget, and budgeting in marriage. My goal is to encourage those who are budgeting novices as well as experienced budgeters!

I also have two FREE printables right now! You can easily print a debt free thermometer to track your debt fee journey, and envelopes to start a cash envelope budget.

There you have it guys. What an inspiring story! Allison thank you so much for sharing and for creating Inspired Budget so others can learn from your journey! Go follow her on social media and check out her blog now, you won’t regret it! 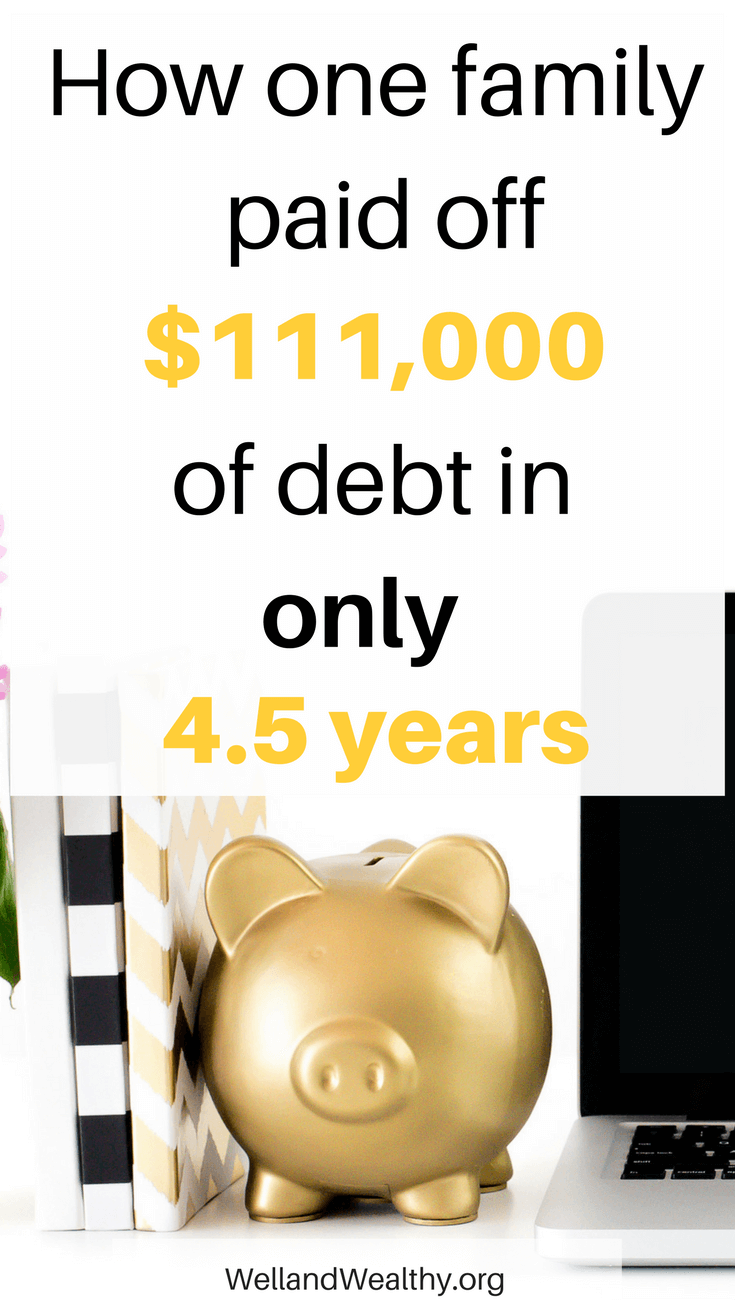 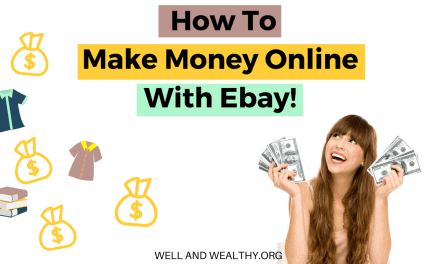 How to make money online easily with ebay (I made $500 from junk!) 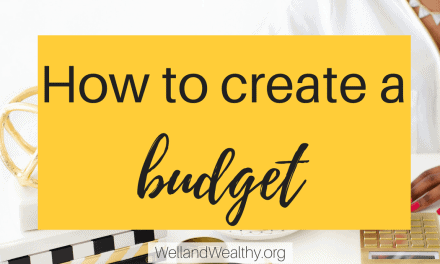 How to create a budget: Part 3 of Money Management Series 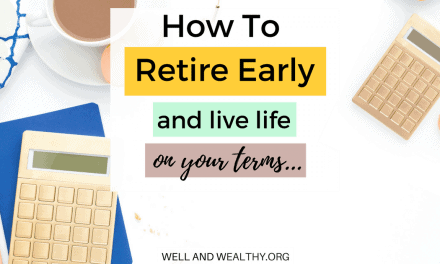 How To Retire Early and Live Life On Your Terms

My 6 Worst Money Mistakes: I made them so you don’t have to 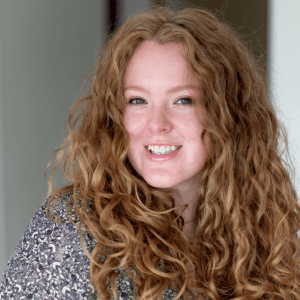