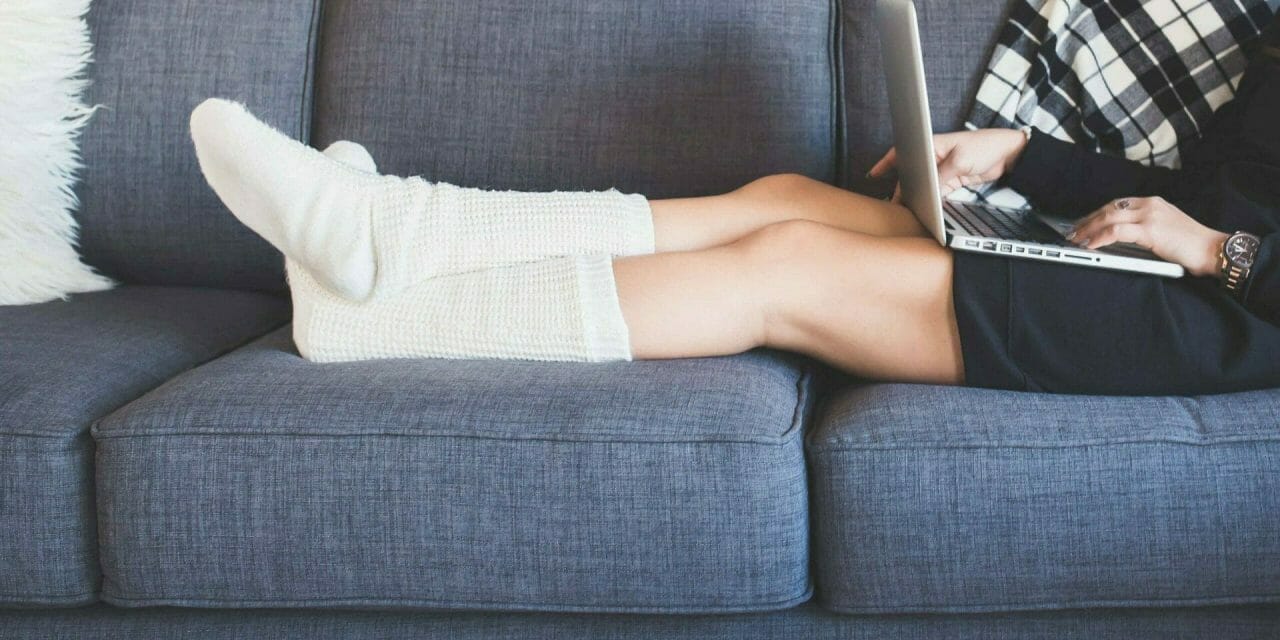 Let’s all be honest here, going through depression is freaking hard.

I wouldn’t wish it on my worst enemy.

But, having severe depression for a number of years did make me realize a few things…

Which is why today I’m going to be telling you what I learned from my depression.

Because depression has actually taught me a lot about myself and other people, and when we go through something hard in life, it’s important to look back to see the positives and what life lessons you’ve learned.

I find doing that helps bring meaning to what can otherwise just become a period of your life you would rather forget.

But first, get the exact daily self-care routine I used to beat depression for good…

… so you never have to feel like your mental health is controlling you and your life again.

Because you can improve your mental health and happiness with just a couple of simple tweaks to your day — even if doing day-to-day tasks like cooking dinner seems impossible right now.

But it’s those simple tweaks that’s precisely what you’ll learn when you download the daily self-care checklist I used to overcome depression. 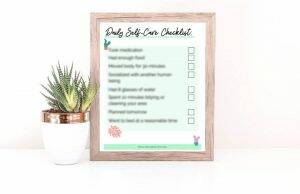 Look though, I get it. I tried everything under the sun to beat my depression and if I had stumbled across this on the internet I probably wouldn’t have believed it either.

But yesterday was a struggle, right? So what have you got to lose? Maybe the things that worked for me will work for you too, and how incredible would that be… 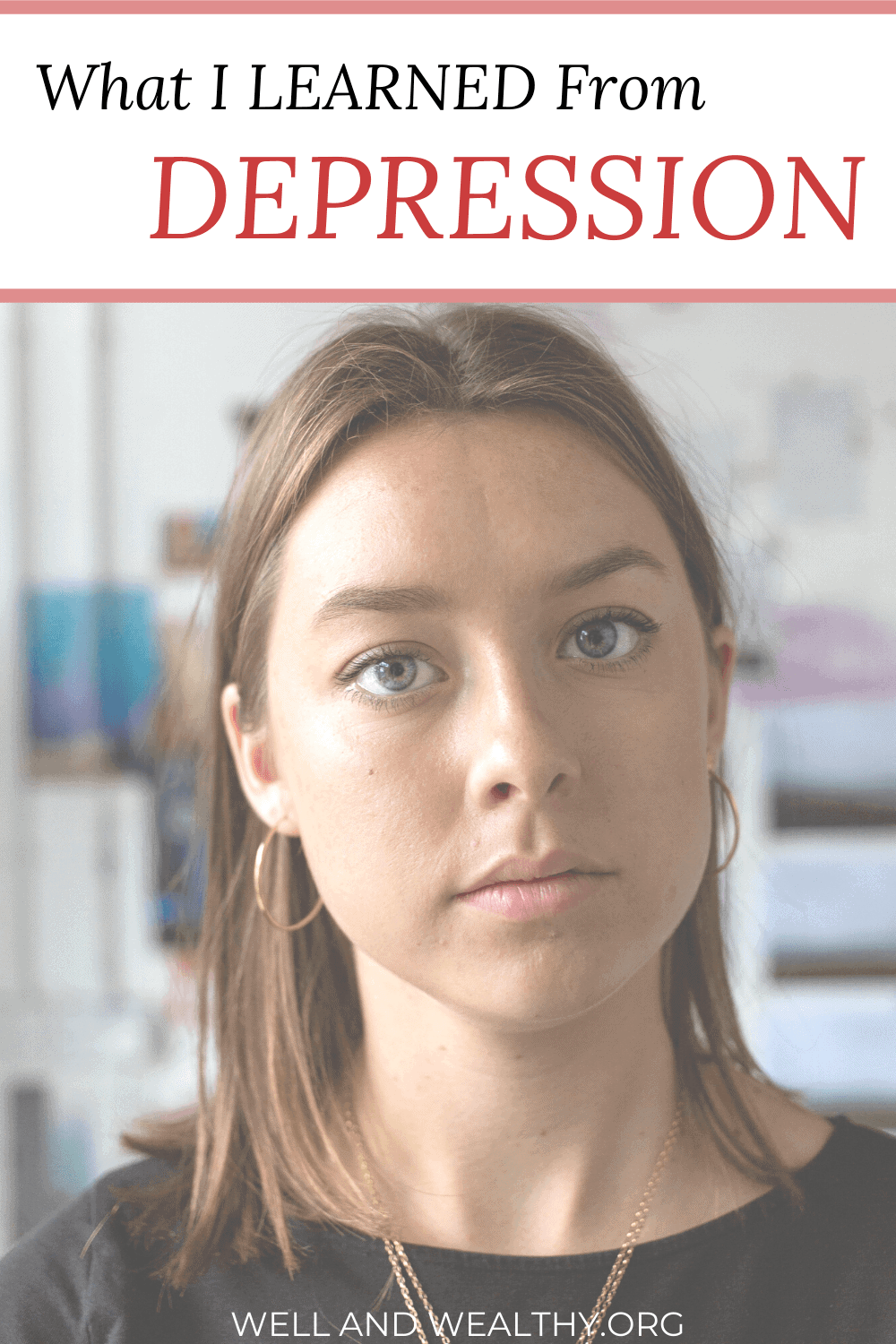 1 – No matter how bad something is, it can get better

With 7.7 billion people on this planet (and counting) no matter how bad the thing is you’re going through chances are there is someone else on this planet who’s been through the same and come out the other side.

In the case of depression, there are most likely millions of people who have experienced it and a very high proportion of those people have beaten it.

I use to tell myself this when the depression was really bad.

That logically I’m not alone and it does get better.

Of course, at the time it’s difficult to believe yourself in that moment, but here I am, living proof that the logic is true.

No matter how bad it is, it can get better.

9 Things I Stopped Doing That Helped Me Beat Depression

It took me years to figure this one out.

And raised on fairy tales and Disney princesses that are locked in towers waiting for their prince to save them and bring their happy ending, well I was waiting for someone to come along and save me.

A doctor with a magic pill, a therapist that knew what to say or even just an ordinary person willing and wanting to give me extraordinary support.

In hindsight, I had all three of those and more. But it turns out no one is coming to save you because you’re the only one that can really save yourself.

Even with the perfect medical care and support, if you’re not willing to at least make your own ladder to climb down from the tower then they will never be able to reach you, to help you.

You may not be able to beat depression without people’s help (medical, support, etc), but you sure as heck won’t beat it if you only rely on others to save you.

You have the power to turn things around and make the difference.

And if they’re not going through anything right this very second, then they have been through something recently.

This is what I discovered every time I opened up about my own struggles with depression.

People would confide that they too had depression, or that they were going through something equally difficult in their life.

This made me realize two very important things:

We know how bad things can be when you have depression, so it’s time we gave a little more grace to the rest of the human race and whatever demons they’re currently battling too.

4 – Other people are so important

But depression did teach me that despite this, I still need social interaction.

It really shouldn’t have come as a surprise, humans are social animals at the end of the day.

Yet I was surprised… 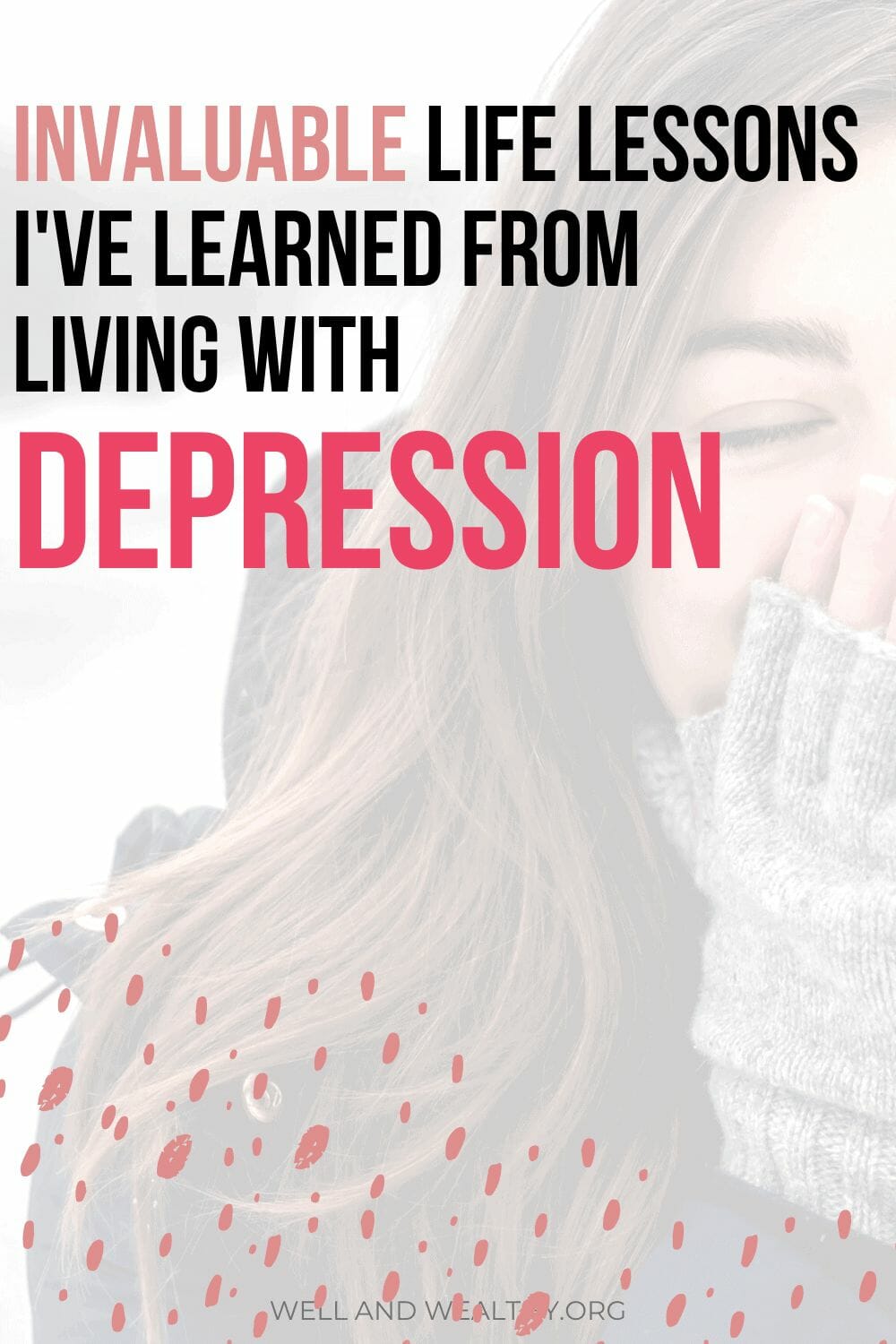 This one sounds stupidly obvious but I definitely struggled with it as I transitioned from living at home, to going to university, to then graduating and moving into my own place.

You just don’t realize how much your parents look after you, even as a teenager and mini adult, until you’ve left home.

For example, it took me literal years to figure out how to go to bed on time and get a decent night’s sleep because there was no one there prompting me, or whose own evening routine I could mirror.

I also felt kind of silly prioritizing things like a good night’s sleep, a decent meal and other basic self-care.

Well, that’s rubbish. We all need basic self-care to thrive, especially those of us with mental health problems, so never be ashamed of looking after yourself.

Let’s hear that one more time for everyone at the back.

Never be ashamed of looking after yourself.

As well as being an introvert, I’m also a type A, perfectionist, control-freak overachiever.

As you can imagine I’m super fun at parties…

But something really important I have learned from depression is that it’s the small changes that we do consistently over time that makes the biggest difference.

And when I say consistently I don’t mean every day without fail. I mean the majority of the time, so aiming for seven days per week but managing five days is great.

Because what I learned was that doing something small that you could mainly keep up with produced far more results than going all-in on something massive and life-transforming that you only did for two weeks because it was just. too. much.

As a type A, perfectionist, control-freak overachiever I struggled with the whole idea of small changes that are done 80% (ish) of the time.

Until I started seeing results, and then I understood why B- people often seemed to achieve so much more than me.

So lower your expectations, elongate the timeline, make the goal easier and then take it inch by tiny inch, the smaller the action the better.

Like I said, I had more changes and transformations from tiny changes done 80% of the time than anything else I’ve tried… 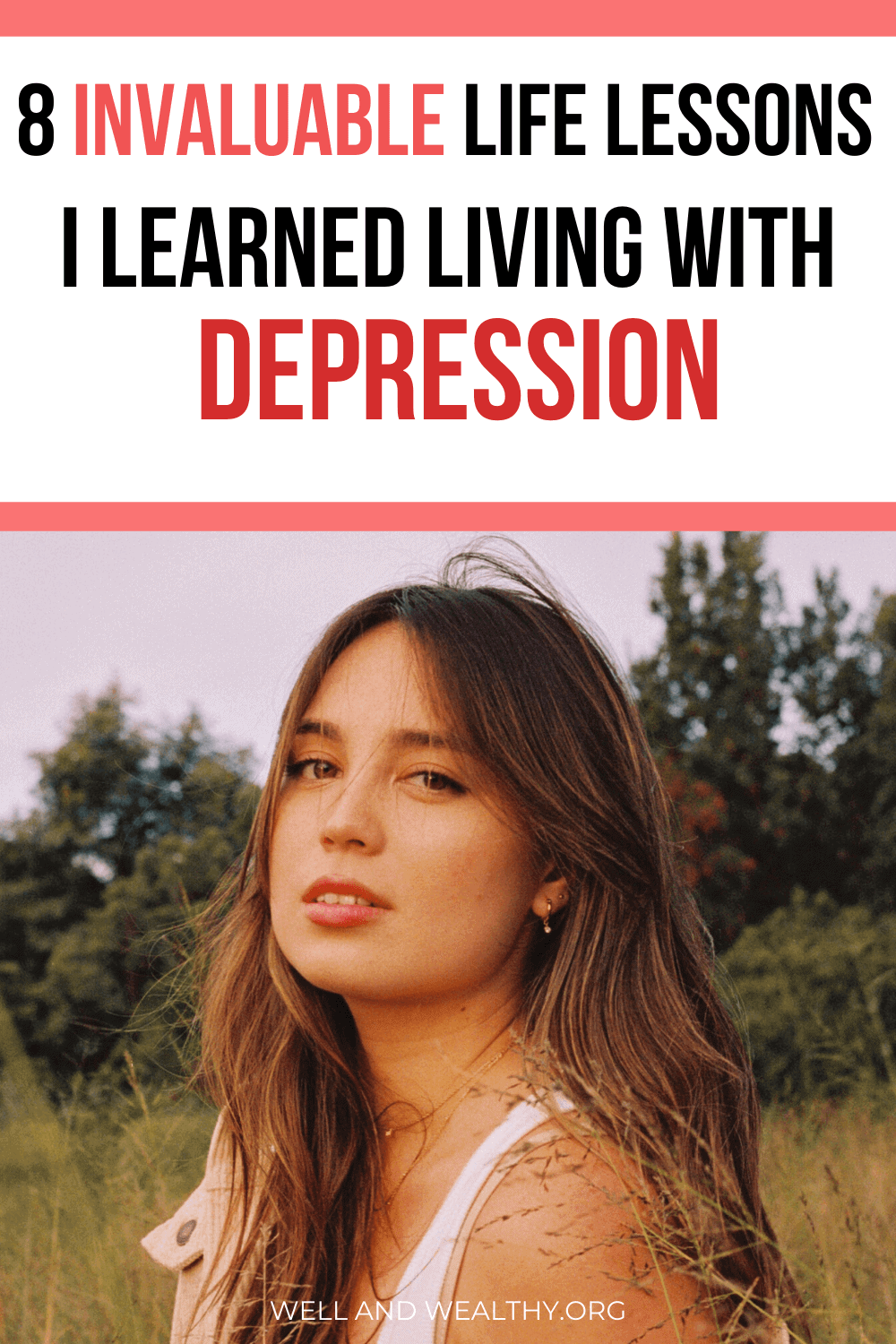 7 – Depression makes everything seem negative, so you have to make the effort to see the positive

When I had depression I found that it significantly distorted reality to the negative bias.

Now as humans we naturally lean towards a negative bias anyway to stay safe (better to see potential threats everywhere and be ready and alive, than to assume everywhere is safe and die, it’s an inbuilt survival instinct.)

But depression took it to a whole new level.

Even things that really should have been positive (like winning an award at university, being offered a job or date night) suddenly seemed to have more negatives than positives.

Perhaps you can relate to this?

So I had to make things positive.

For a good while, I worked really hard on whenever I had a negative thought reframing it and seeing the positive instead.

I’m not going to lie it was hard at first. Like super hard.

But then something crazy happened, I started to naturally see the positive in all sorts of things.

Now I’m a bit of a pro at this and can see the silver lining in almost any situation. #humblebrag

But what I learned from depression in this instance was that actually I can change how my mind sees things.

And that you have to focus on the positives, they don’t just happen.

8 – I am stronger than I could ever imagine

Out of all the things my depression taught me, this is perhaps the most important one.

I can get through so much more than I ever imagined.

I can accomplish so much even when the odds are stacked against me.

Ultimately this has really boosted my confidence. Like if I could do all the stuff I did while depressed, imagine what I’m capable of when my mental health is in a good place?

Imagine what you are capable of when your mental health is in a good place?

Depression is fucking horrible and so, so hard.

But what I’ve learned from depression is that I am capable of so much, just like you.

If you struggle to prioritize yourself and the self-care you need to recover from depression then this printable self-care checklist could be just the thing for you!

Click the button below to grab your copy and get ready to feel in control of your mental health once more. 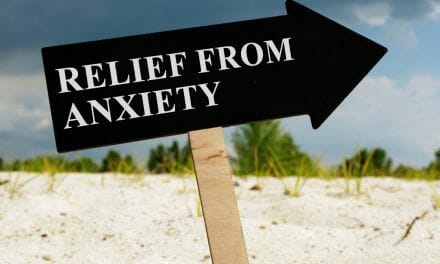 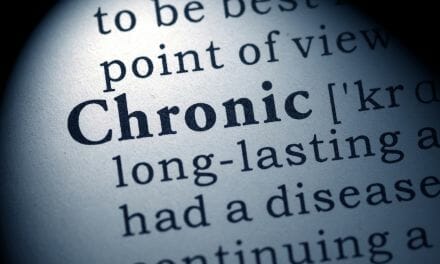 How to create a chronic low self esteem care plan 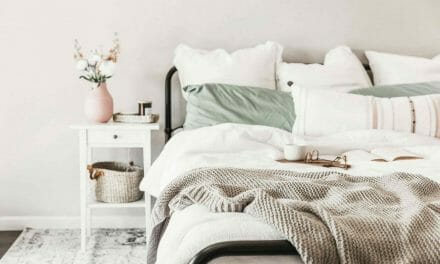 How to Calm Down When You’re Stressed and Anxious (RELAX quickly and easily!] 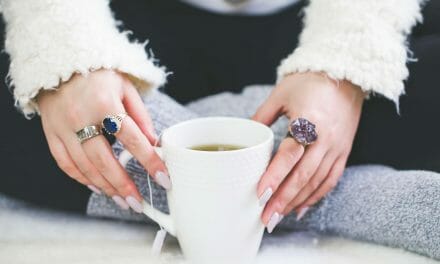